New Year on the Pacific Coast

Posted on February 7, 2016 by danroyerickson

On the morning of New Year’s Eve, Rebecca, our friend Jen, and I flew to Seattle.  We were greeted by our friend Jami Scott who was not expecting Jen…surprise!  We arrived at Jami’s apartment and were introduced to Jami’s partner, Chris.  We dropped our bags and headed down to Seattle’s tallest building, Columbia Center, at 287m.  Jami told us we were quite lucky to have such a clear day considering Seattle’s typical winter weather and we shouldn’t miss the opportunity to visit the Sky View Observatory on the 73rd floor.  Compared to the Space Needle it’s less crowded, almost twice the height, and half the price of admission.  From there we went back up to Jami’s neighborhood of Capitol Hill and enjoyed a nice lunch of local Columbia Valley sauvignon blanc, pacific coast oysters and clam chowder.  After lunch, we met Jen’s friend, Shazar, who had just flown in from Calgary to join us for the NYE celebrations.

View of Seattle from Columbia Center

Jami had our New Year’s Eve all planned out for us.  A friend of hers recently opened a restaurant called Bounty Kitchen and we enjoyed a delicious set menu.  She had also arranged tickets for an Amy Schumer stand-up show at Key Arena and we all had a good laugh.  The arena let out near the Space Needle so we walked through the park taking in the atmosphere.  We soon caught an uber cab back to the apartment and rang in the New Year watching the fireworks out of the living room window. 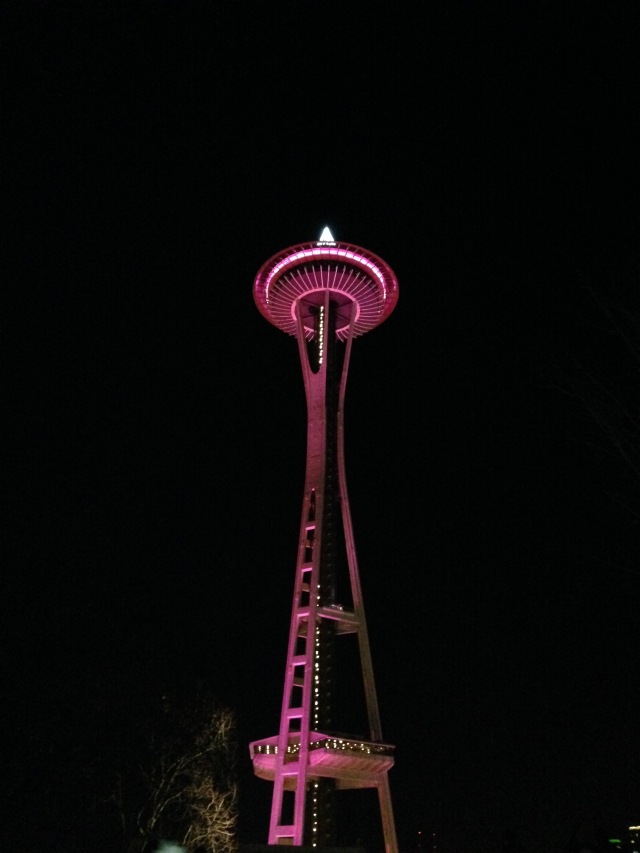 New Years Day was another beautiful clear morning and, despite all of us feeling a little under the weather, we still found the energy to walk down to Poquitos for a Mexican lunch.  Post lunch, we walked downtown and wandered around for a little while before ending up at the Starbucks Reserve Roastery for a coffee break. By late afternoon, we were ready for a well needed Bloody Mary at Sam’s Tavern.  This one took garnishes to a whole new level and included a slider.  That evening was a bit tamer and we hung out at Jami’s and ordered in some Thai food while playing the train game. 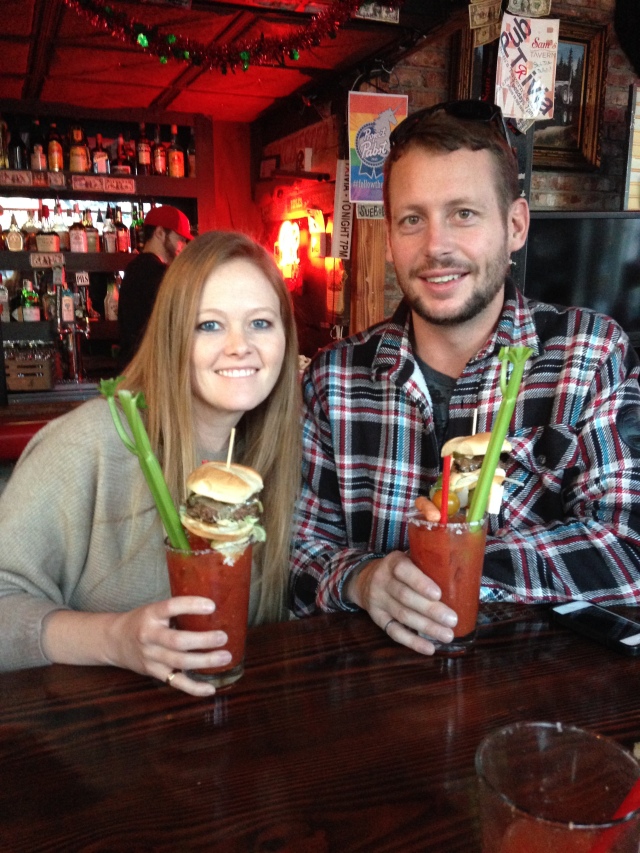 On the morning of the 2nd, Jami took the 4 of us to the airport and we said goodbye.  Bec and I flew down to Los Angeles and Jen and Shazar headed back to Calgary.  The rental agency was out of midsized vehicles so they gave us a convertible bug and we were driving north by 2:00pm.  We were on our way to visit my friend Zack, his wife Jenny, and their 2 boys, Jack and Dylan in Santa Barbara County.  We cruised up the Pacific Coast Highway and arrived in Buellton just before 5:00pm (Sidenote: Buellton is in the heart of the Santa Ynez Valley where the 2004 oenophilic, cult-classic movie Sideways was based and shot).  That evening, we drove to Santa Ynez town and had an excellent Mexican dinner.

The next morning after breakfast, Zack took us for a walk in Gaviota State Park on the coast.  That afternoon, we drove to the nearby vineyard of Fess Parker.  Fess Parker made his fortune portraying Davy Crockett and Daniel Boone for Mr. Walt Disney.  We sampled a great pinot noir by the outdoor fire as the kids expended a little energy on the lawns.  Zack and Jenny headed back to the house to leave Rebecca and I to explore a little more wine country.  We figured it was an opportune time to get the top down on the bug, so we cranked the heat, threw on a toque, and headed off through wine country.  We stopped at the Foxen vineyard and strolled through the town of Los Olivos before heading back to the house.  When we arrived, Zack was busy shucking oysters…good man!  They had also prepared pulled pork in the slow cooker which turned out perfect.

Zack and Jack in Gaviota

Dan and Bec on the California coast

Jenny and Zack at Fess Parker

The next morning, we were headed south on the PCH and caught our 16 hour flight back to Abu Dhabi. A great start to the New Year!

5 Responses to New Year on the Pacific Coast