On Sunday, June 23rd, Rebecca flew from Abu Dhabi to Las Vegas to attend a week-long conference. Later that week, on Friday the 28th, we both flew to Calgary, myself from Abu Dhabi and Rebecca from Las Vegas. We returned to a city that was busy recovering from the worst flooding in 100 years. 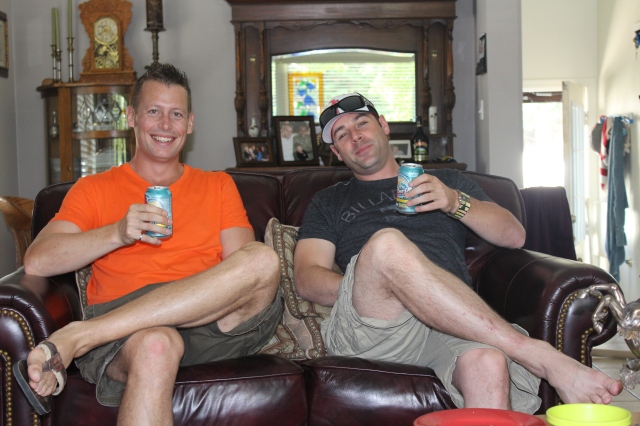 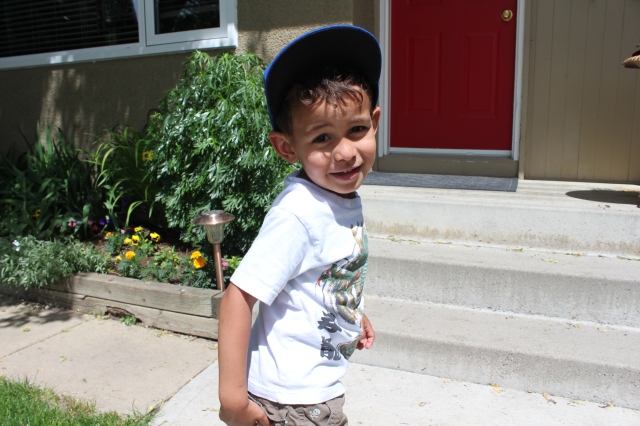 Mr. Wyatt in his Jays hat 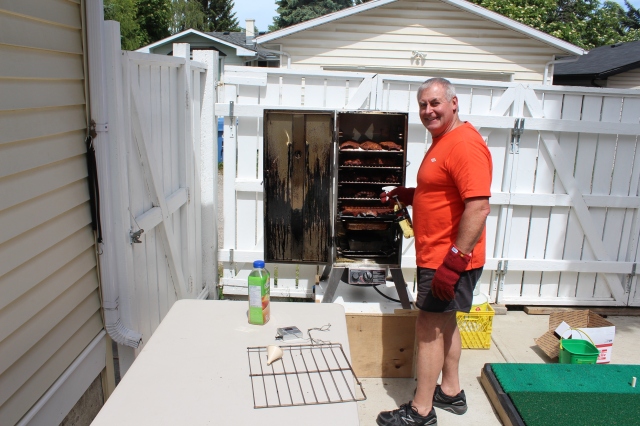 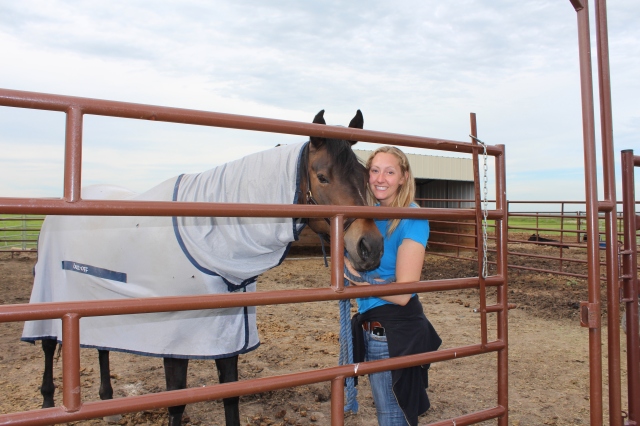 Paige and her horse

The first weekend back, my dad hosted a backyard BBQ for Rebecca and I. Our families and some friends were there to see us. We enjoyed the smoked ribs and chicken kabobs and all the fixin’s that everyone brought with them. Dad, Kevin, Scott, and I got in 9 holes of golf before the BBQ.

Kevin and Jordyn at the BBQ 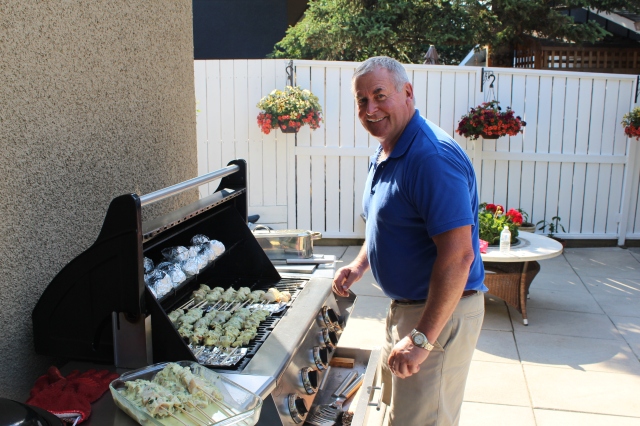 Dad on the grill

We celebrated Canada Day in Strathmore with a pancake breakfast at the fire hall, a BBQ at my mom’s, and live music and fireworks at Kinsmen Lake.

A record breaking temperature of 36°C on Tuesday reminded us a bit of being back in Abu Dhabi. That night, we celebrated Rebecca’s dad’s birthday with a nice dinner at Tony Roma’s.

On Thursday, Rebecca and her sister, Paige, drove up to Edmonton to scout out some accommodation for Paige as she will be attending the University of Alberta this fall. Their trip was successful and they even drove back to Calgary that night. 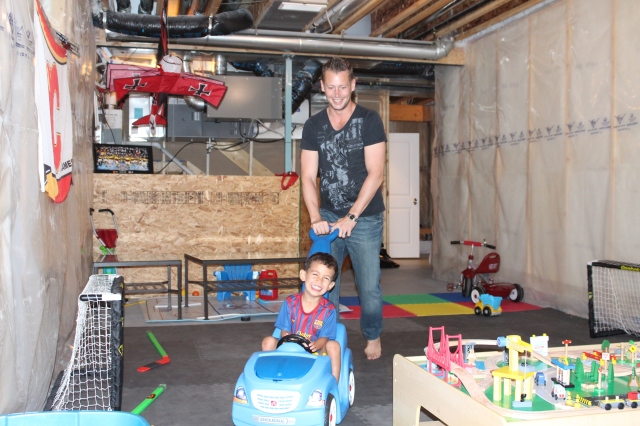 Dan and Wyatt in the Basement of Fun

On Friday (also the first day of Stampede), Rebecca and I met our friend, Kelly, on 17th Avenue for lunch. That night, we had a nice dinner at Rebecca’s mom’s place as it was Rebecca’s last night in Calgary. She tried to fly back to Abu Dhabi the next morning, but her Westjet flight to Toronto was canceled. The next day, she flew to Vancouver, Chicago, then home. I would stay in Calgary for another week. 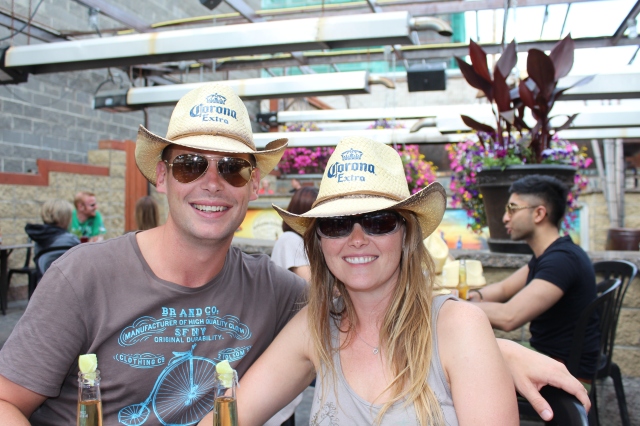 Dan and Becca on 17th

Rebecca and Kelly in their new hats

Saturday morning was Kevin and Jordyn’s big moving day. Kevin took possession of his new house in Red Deer that week and it was time to move them in. Scott and I helped them get loaded up in Strathmore then it was off to Red Deer to unload. The move went really well and it was nice to see Kevin’s new spot. That night, we drank beer and ate pizza by the fire in the backyard.

Judy in front of her house (supervising the move)

Kev and Jordyn in their new place

Kev and Dan telling lies in the backyard

My friend, Matt, had a BBQ at his place on Sunday and I got to see some of my university buds.

On Monday and Tuesday, my dad and I re-shingled his garage. It was a big job for the 2 of us, but we got it done and it looks great. Let’s hope it doesn’t leak!

On Wednesday, I golfed with my mom out in Strathmore then met some friends at the Stampede Round-up at Fort Calgary where Sloan, Cheap Trick, and Def Leppard played. It was my one night of Stampeding and it brought back some good memories of the escapades of my 20’s. 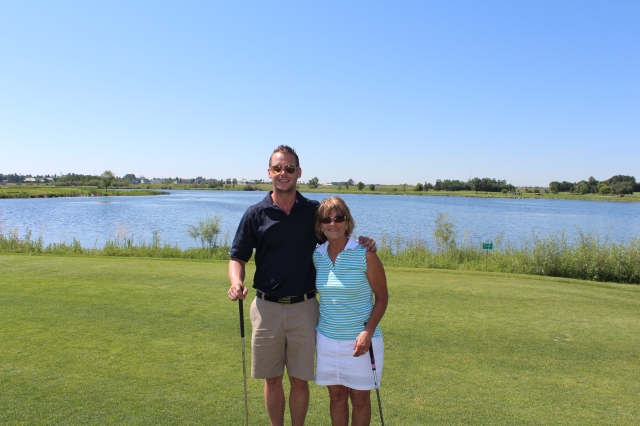 Dan and Mom on 1st Tee at Strathmore Golf Club

The next day, I popped down to Okotoks to see my buddy, Mike, who had just moved back from Regina. That afternoon, Dad, Scott, and I played another 9 holes of golf. That night, Jenelle and Wyatt came to Dad’s for my last dinner in Calgary.

The next day, my mom and I had lunch before she dropped me at the airport to begin my journey back to Abu Dhabi.

It was great to be home during the summer, a time of year we hadn’t been home for since we left in 2010.

This entry was posted in Canada. Bookmark the permalink.