Posted on November 1, 2011 by rrettenmier

After Berlin, Jen and I rented a car to drive south to the coveted wine country in South Germany. On Saturday, October 22nd we drove to Koblenz in the Rhineland. Our first night we arrived and got a room at the family run Hotel Scholz. We had a traditional meal of goulash and wurst with sauerkraut. We were about to head to bed when we were invited by some Germans to drink some of their wine with them that they had brought back from a local vineyard. Nice intro to wine country!
The next morning we walked to the Deutsches Eck, aka German corner, where the Mosel meets the Rhine River. That afternoon we checked into the apt we had rented for 3 nights then decided to check out a local winery in Guls. We visited the Karl Lunnenbach vineyard and tasted a few Rieslings. He then recommended visiting another nearby winery that was having their end of season party. We went to check it out, chatting with the town folk and sampled some of the zwibelkuchen, or onion cake.
The next morning we drove to Burg Eltz, one of Germany’s many beautiful castles. We parked at the base and hiked through the forest to the castle gates. Afterwards, we drove further south to the town of Cochem where we had a late lunch of potato pancakes. Our last day we just hung out in Koblenz, having a nice dinner in our apt followed by a dubbed Hollywood film.
The next morning we drove to Bernkastel to do a wine tasting at the Dr.Loosen Winery. We sampled 7 wines and learned much about the slate slopes of the Mosel region. We had a picnic lunch in the beautiful town and then continued a little further to the Winery of Staffelter Hof where we were staying for the evening. We were greeted by the owners son, who we enjoyed a bottle of Sekt with sitting in the sun. That evening we had a tasting with the owner, who gave us a quick tour of their facilities. They recommended we eat at a local restaurant down the street. We started with pork fat on a cracker(compliments of the house), then pumpkin soup and rabbit to share, finished with some peach schnapps.
The next morning we hit the road again, this time heading towards Bad Durkheim. We stopped in Mainz along the way and arrived late that evening so we crashed at the first hotel we could find. The next morning we were very excited to drive along the German Wine Road(literally named Deutsch weinstrasse). We drove through small town upon small vineyard and almost ended up in France. We finished at the Deutsch Weintor where we sampled some local wines and tried an ice wine. We then drove to Baden-Baden, which means bath-bath and is famous for their “traditional” Roman spas. Yes, thats right, we mean nude. They happened to be having their annual event that evening at the Friedrichsbad spa so we went for it. 17 different rooms which heat your body up using dry and steam saunas before cooling you down slowly in a number of different pools. It was a unique experience but we would highly recommend it! The next morning we were supposed to drop off our car in Freiburg but we decided to keep it for an extra day so we could drive through Schwarzwald(Black Forest). We drove to St.Peters where we did a hike to St. Margen. We were given a lunch recommendation where they had homemade soup and the cake we drove all the way for. We spent our last 2 nights at the Black Forest hostel in Freiburg before heading to Switzerland. 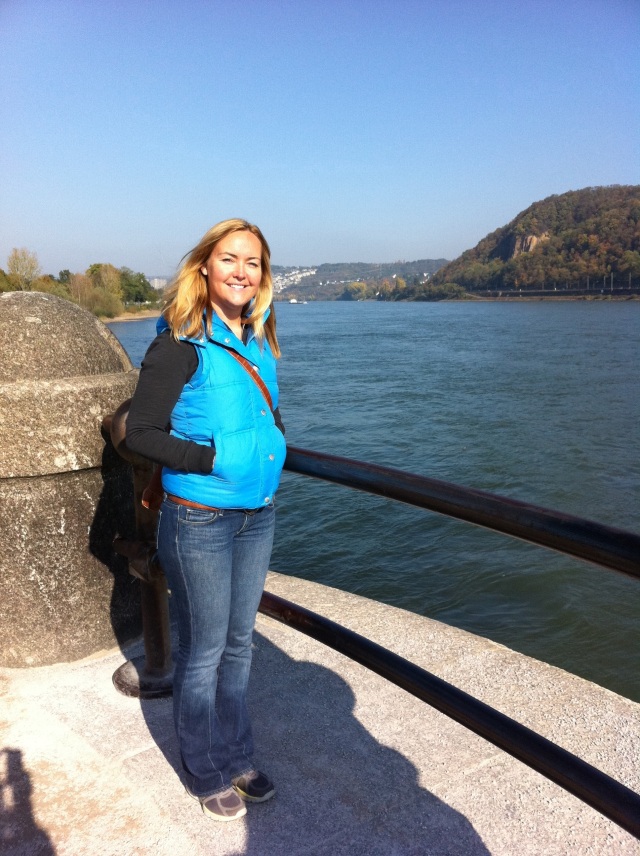 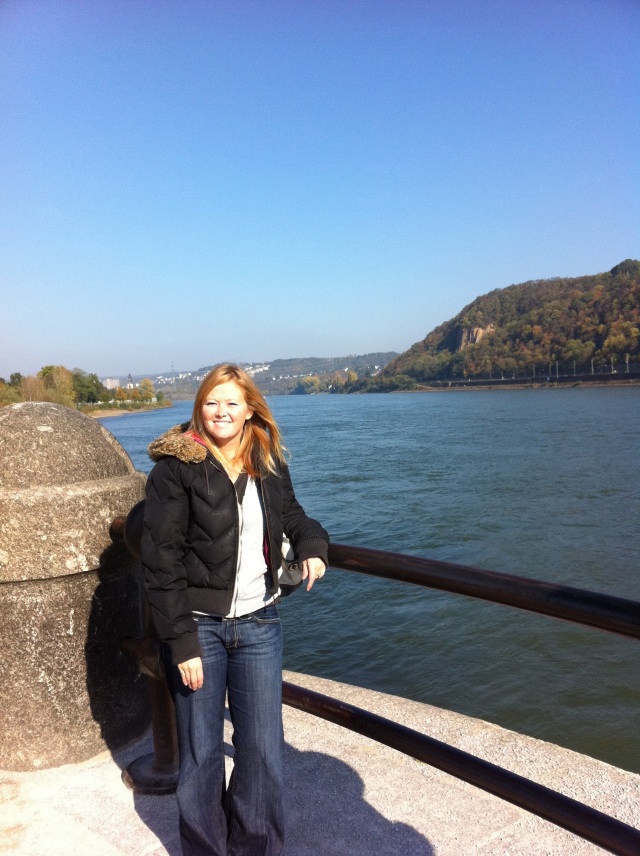 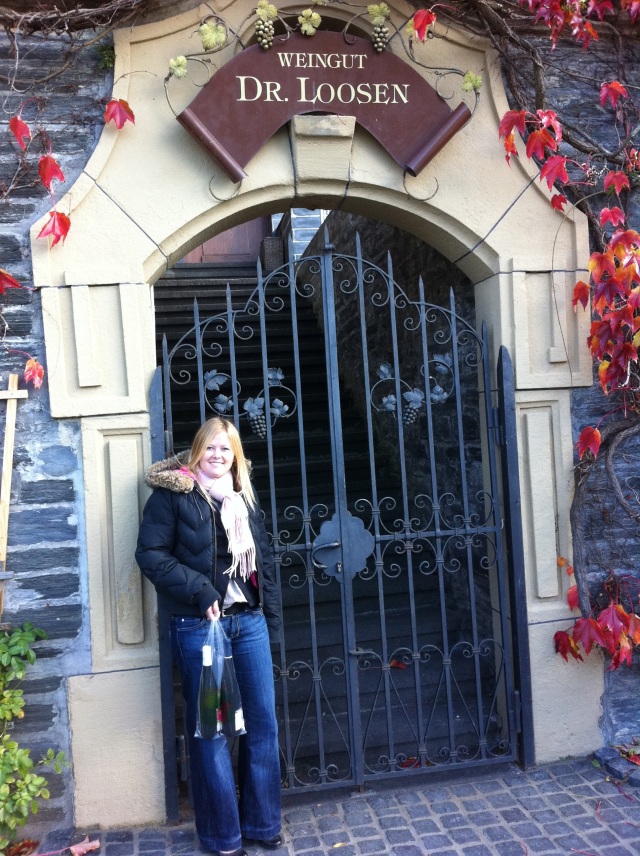 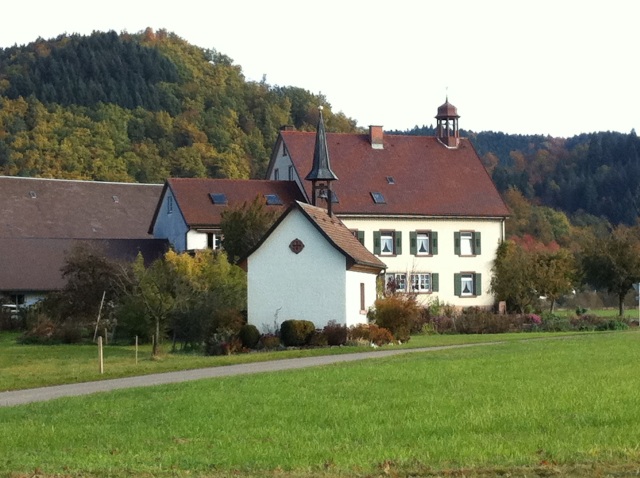 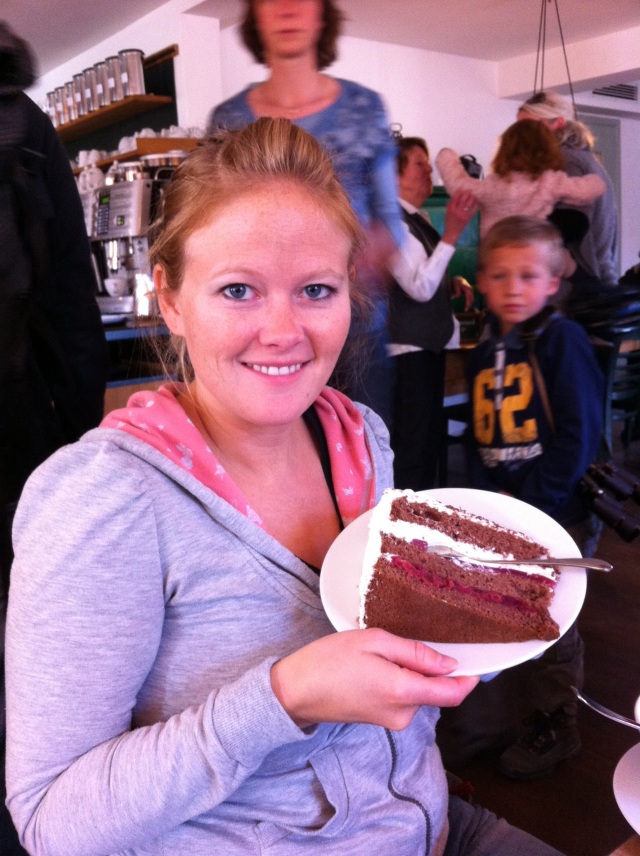 In September 2010, Dan and I received working visas for the United Kingdom. We sold our condo, quit our jobs and packed our bags to move to London. This blog is designed to update our friends and family back home about where we are and what we are up to, as well as to share our adventure with others.
View all posts by rrettenmier →
This entry was posted in Germany. Bookmark the permalink.